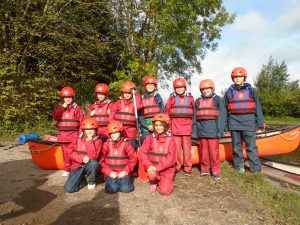 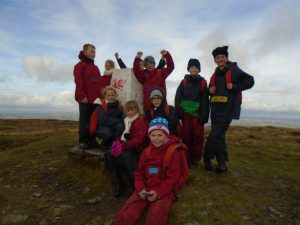 It’s been a fun-packed day full of adventures and personal achievements.

Group 1 headed to the canal for a day of canoeing with team work as the major focus of the day – from unloading and reloading the canoes to actually making them go in a straight line along the canal! A hard day of paddling ended with a huge water fight which really wasn’t started by Miss Baldwin!

Group 2 headed for the hills. They followed a stream with multiple slippery crossings in low cloud and drizzle before summiting Fan Frynych into clear air with fantastic views. It was a long hike but the children were such great walkers they made it back to the Mountain Centre without the minibus.

Group 3 headed into the mouth of the cave where it was very wet! Everybody made it through the letterbox, several of them conquering their fears to squeeze through. After lunch they headed to the waterfall, crossing a raging river with only a few dunkings!

Tomorrow we’ll be canoeing and mountain walking after ANOTHER good night’s sleep.